Physical health, mental health, and sexual health are often treated as entirely separate things; however, they’re intimately interconnected and you can’t necessarily talk about one without touching on the other.

Mental health and sexual health are connected in other ways. For instance, depression (and medical treatment for this condition) can reduce libido or create other sexual difficulties. Likewise, when someone experiences a sexual difficulty, it can potentially lead to the development of anxiety.

With World Mental Health Day upon us this month, it’s worth taking some time to further explore the connection between sexual and mental health, as well as covering tips for managing both. 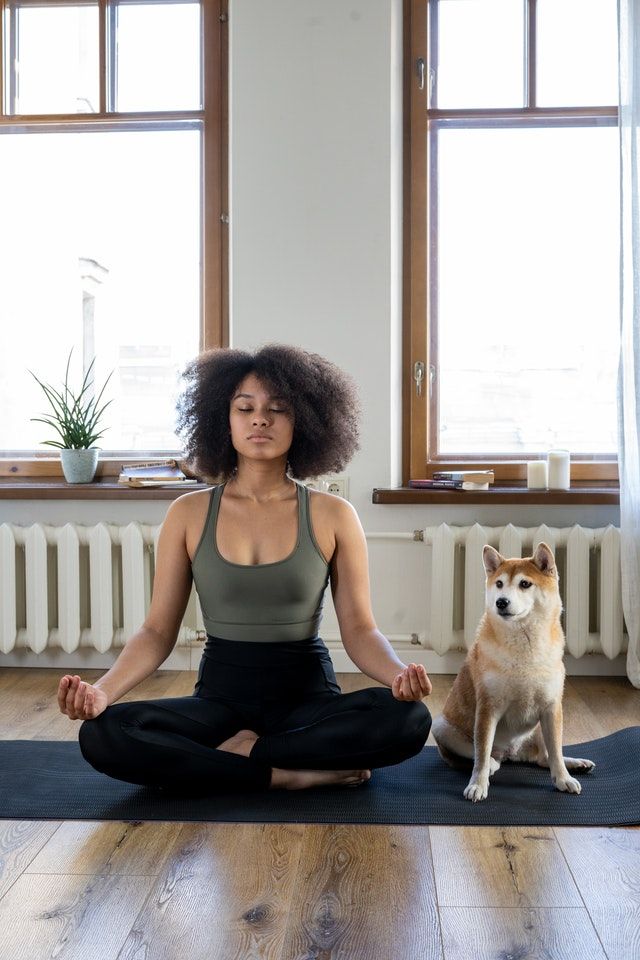 Mental health issues have the potential to derail our sex lives in very short order. However, they can impact different people in drastically different ways.

Consider depression. For many people, depression in and of itself can reduce sexual arousal and desire. This is particularly true for people who are internalizers — that is, people for whom depression leads them to turn inward and withdraw socially. They may become consumed with depressing thoughts that make it challenging to get sexually aroused.

In contrast, depression has an almost opposite effect on others, in which it can stimulate higher levels of sexual behavior and/or more sexual risk-taking. This is particularly true for those who are externalizers — that is, those who look outward to cope. These individuals may use sex as a distraction from the pain, or they may seek out intense activities in order to “feel alive” or regulate mood states.

Whether you’re an externalizer or an internalizer, depression and other mental health issues can have powerful implications for sexual health and well-being, which is why it’s important to seek treatment and manage these issues if and when they arise.

However, treatment for mental health problems can create another set of challenges when it comes to sex. For example, one of the most common treatments for depression is the use of selective serotonin reuptake inhibitors (SSRIs), such as Prozac. A common side effect of SSRIs is that they can lower sex drive, inhibit sexual arousal and delay orgasm.

What this means is that seeking treatment for depression may not resolve sexual issues and may, in fact, create further challenges. This is why it’s important to discuss sexual health with your mental health provider when seeking treatment.

For instance, if the depression is getting better but one is still experiencing sexual problems, it’s time to talk to a doctor. There are other antidepressants that don’t target the neurotransmitter serotonin — some target dopamine instead. Those medications have a lower side effect rate when it comes to sexual functioning.

It’s important to find the treatment that’s right for you that effectively addresses your sexual and mental health concerns simultaneously, and will do more good than bad. 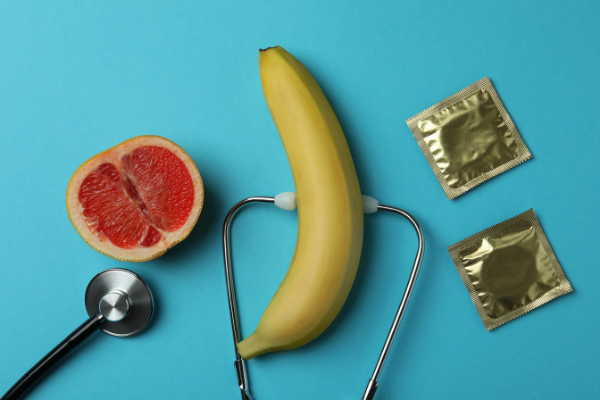 Sexual health issues can take a toll on your mental health in several ways. One common way this happens is when people contract an incurable sexually transmitted infection (STI), such as genital herpes, HPV, or HIV. Living with an STI can oftentimes lead to feelings of shame and embarrassment; however, there is no need to feel this way. People may also experience feelings of self-blame; they may feel like other partners will not want to be with them again, and/or they may worry about the long-term impact on their physical health.

All of this can lead to feelings of stress, loneliness, depression, and anxiety. The psychological toll of STIs is a big part of the reason why we need to break through STI stigma more broadly. STIs are extraordinarily common, contracting one doesn’t mean you’re a bad person or that you did something wrong, and even if you have an incurable STI there are many ways to manage these infections that can allow you to have a healthy and fulfilling life and relationship (both sexually and romantically).

If you’re experiencing depression or anxiety stemming from an STI, it’s important to speak with your doctor about the best treatment options for managing your health and protecting your partner(s), as well as to seek appropriate social and emotional support. This might involve speaking with a certified sex therapist, finding a support community online, or reading up on articles describing how people navigated similar experiences.

Another aspect of sexual health that can impact mental health is sexual difficulties. For example, experiencing a sexual performance issue such as not being able to get or maintain an erection when you want one can potentially trigger feelings of shame, embarrassment, or anxiety that carry over into future sexual situations.

When people start worrying about the same issue emerging every time they have sex, this can set the stage for a self-fulfilling prophecy. If you become so worried about the same thing happening again, this mindset can cause it to happen, despite the fact that there isn’t anything wrong physically. And when a one-time difficulty turns into a persistent difficulty, this can lead to a bigger mental health issue, such as depression.

Sexual difficulties rooted in other causes, including underlying physical health conditions or hormonal imbalances, can have similar psychological effects.

If you’re experiencing a sexual difficulty that has caused these spillover effects, it’s important to seek appropriate treatment to address both issues. In some situations, simply treating the underlying sexual difficulty can resolve the mental health issue by restoring sexual self-esteem and self-confidence. 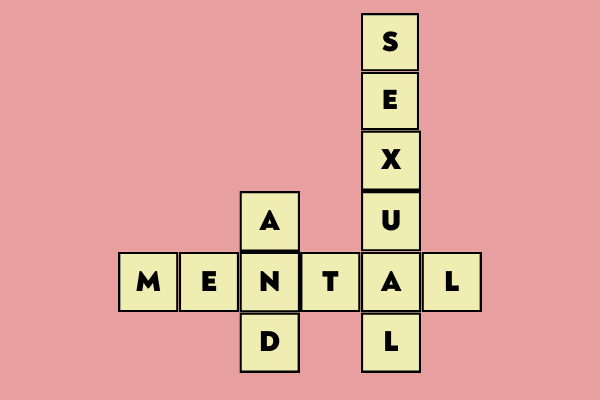 Thus, taking care of your mental health means paying attention to your sexual health, and vice versa. And when you experience difficulties in one area or the other (or both), it’s important to seek appropriate treatment.

It’s also important for us as a society to more broadly eliminate the stigmas and taboos around treatment for both mental health and sexual health problems. All too often, both are (incorrectly) viewed as signs of “weakness” or “failure.” Neither of these things is true, and this stigma is one of the things that often leads people to avoid seeking treatment and to, instead, suffer in silence.

Coming Out Day: What’s Right for You? 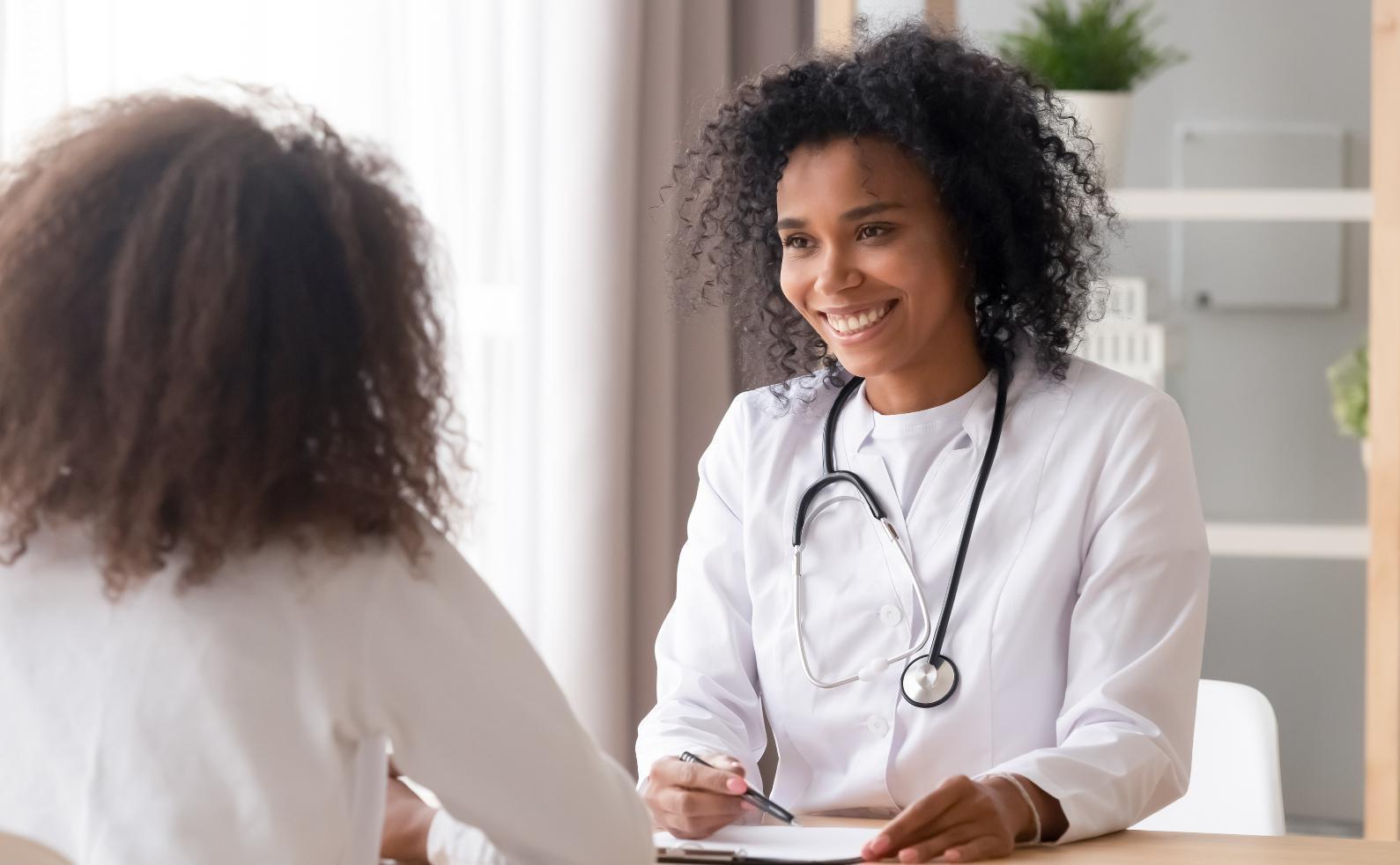 Put A Ring On It | Maze Women’s Health Blogs 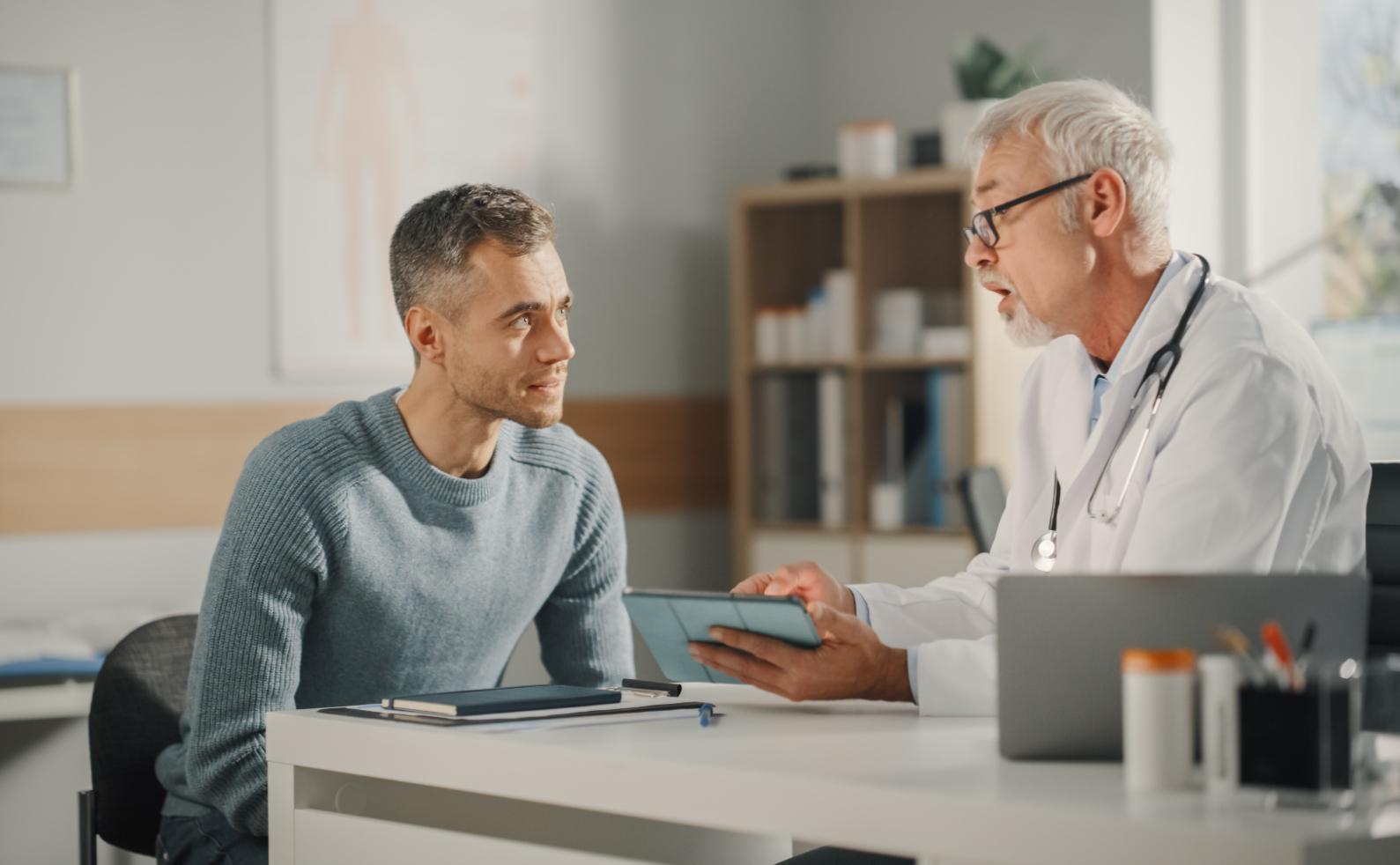 Prestige Home Health CareSep 22, 2021 @ 8:23am
We care for our senior citizens. A routine checkup helps to keep illness at bay and helps in the efficient management of health conditions that come with age.
Our senior wellman package is geared towards evaluating and monitoring your heart, kidney and liver functions, hearing, blood pressure, BMI, bone density, etc.
Contact us on 0740532543 to book an appointment today.
#healthyliving #wellman

Prestige Home Health CareSep 10, 2021 @ 10:00am
Is your post-baby body ruining your confidence?
We offer a range of post-baby procedures guaranteed to counter the effects of pregnancy and childbirth such as saggy breasts, loosened abdominal muscles and excess skin, and too large hips.
Procedures include but are not limited to breast augmentation, breast lift, breast reduction, tummy tuck, and liposuction.
Contact us on 0740532543 or email us on info@prestigehomecare.co.ke to make a consultation today.
#tummytuck #mommymakeover