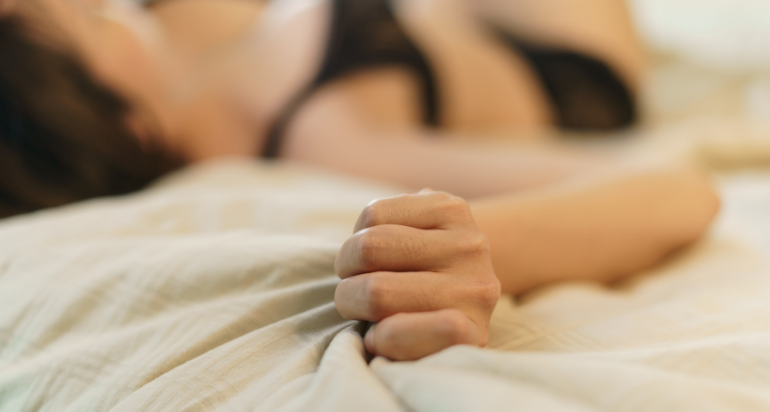 There are few things as elusive in our communal understanding of sex than the female orgasm. I get patients coming into my office all the time asking questions about their orgasm or what qualifies as “normal.” Why, after all our advancements in sexual health, does the female orgasm remain such a mystery? A lot of the blame lies on our culture’s de-prioritizing of female sexual health and that our scientific community tasked with understanding sex is largely male-dominated and focused.

As a sexual medicine provider, half of my patients identify as female and I take it as my responsibility to educate women and their partners on the intricacies of their orgasm. You would be surprised at how little women and their regular health care providers know about the topic. Well, grab a pen and paper because you’re about to get schooled on all things orgasm. We’re gonna break down everything you need to know and dispel the most common misconceptions about the female orgasm.

Why Do Women Orgasm?

When it comes to men (pun intended), the reason for orgasm is pretty clear. The male orgasm is almost uniformly tied to ejaculation. And what’s the purpose of ejaculation? Procreation. Men are, after all, simply highly evolved animals here to spread their seed. Ejaculation and orgasm, therefore, have a specific evolutionary purpose.

The purpose of the female orgasm is much less transparent. There have been various theories and suggestions of potential benefits. One 2016 study maintained that “the female orgasm-like trait may have been adaptive, however for a different role, namely for inducing ovulation. With the evolution of spontaneous ovulation, orgasm was freed to gain secondary roles, which may explain its maintenance, but not its origin.”[1] They argue essentially that the female orgasm is a relic of the past with no obvious evolutionary benefit.

While the female orgasm does not confer any evolutionary advantage, when it occurs in most women it is typically associated with pleasure. And it is the pleasure component that is the real reward. Pleasure associated with orgasm can help bond women with their partners (assuming someone else is around during the orgasm). Orgasmic pleasure may also encourage women to have more sex, which one could argue serves some evolutionary purpose. But what is clear is that female orgasms are primarily about pleasure and not procreation.

How Does Orgasm Occur?

Before the big O occurs, there is a sequence of events that typically happens. Sexual response is thought of as existing in four phases.

Phase 1 – Excitement, involves an increase in muscle tension, a quickening of heart rate and breathing, peripheral vasocongestion (skin flushing, genital engorgement), and the production of lubrication.

Phase 2 – Plateau, is an intensification of Phase 1, with increased sensitivity of the genital tissues and breasts and the early beginnings of muscle spasms.

During Phase 3 – Orgasm, there is an increase in brain discharge, widespread involuntary muscle contraction, increased cardiac output and respiratory rate, and a sudden, forceful release of tension.

In Phase 4 – Resolution, which is marked by a general sense of well-being and fatigue, the body slowly returns to an unstimulated state and there begins a refractory period during which additional orgasm is not possible. Women, more commonly than men, can have multiple orgasms due to a shorter refractory period.

Does Orgasm Have Any Health Benefits?

A quick online search on the benefits of the female orgasm will find numerous references to the effects of orgasm on skin, hair, lips, and even intelligence, but data on the potential health benefits of orgasm in women are limited. So most of what we assume may be health benefits associated with orgasm is based on our knowledge of some of its properties. For instance, during orgasm oxytocin and prolactin are secreted. Both of these hormones are powerful relaxants and can have a sedating or anxiety-reducing effect. Some have suggested that because of this orgasms may improve sleep or improve mental health. Oxytocin is also known to relieve pain and exert powerful anti-inflammatory and antioxidant action on central and peripheral tissues.

Orgasms also lower cortisol levels. In the long term, cortisol increases your risk of anxiety/depression, heart disease, weight gain, difficulty sleeping, and memory and cognitive dysfunction. So lowering it by orgasming on a regular basis may result in significant benefit to your overall health.

While orgasm is not necessary to achieve pregnancy, there is some evidence to suggest that orgasms may boost fertility. A 2016 study of only six women found that women who achieved orgasm during sex had better retention of sperm, which may have positive effects on fertility.[2]

Now that you have a better understanding of the Whys and Hows, let’s take a minute to address some common myths about the female orgasm. 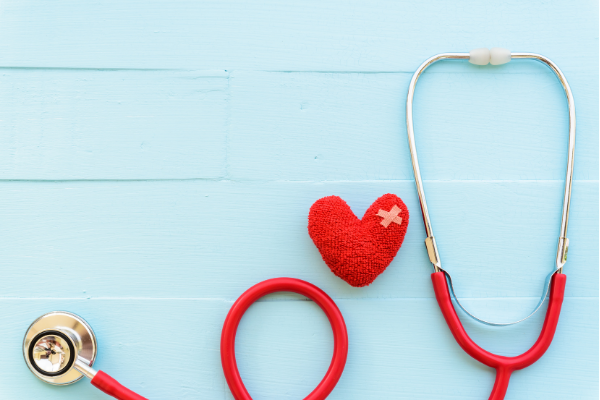 Not all orgasms are created equal and not all women orgasm in the same way. Women, in that regard, are luckier than men who rely solely on penile stimulation to achieve orgasm. The female orgasm can be clitoral, vaginal, and even cervical-or a mix of all three (who doesn’t love a blended orgasm?).

Historically, women who did not achieve vaginal orgasm through heterosexual penetrative sex were thought to be damaged or dysfunctional. This idea was even advanced by sexual health thought leaders of the time like Sigmund Freud, who thought that vaginal orgasm was the most superior kind of orgasm. We now know that plenty of women do not orgasm from penetration alone and that orgasm can occur without penetration at all.

Orgasms like much of our other bodily functions evolve and transform over the course of one’s life. Women’s orgasms can fluctuate during their menstrual cycle. They can be more intense, or less pleasurable, depending on their partner. They can be more difficult to achieve in times of stress or with the use of certain medications. The female body also goes through several dramatic changes naturally including menopause, which can significantly change the way she can (or cannot) orgasm.

Myth #3: The Inability to Orgasm is a Psychological Problem

There are a number of reasons that can interfere with a woman’s ability to orgasm. Physical, emotional, psychological, and sexual trauma can all negatively affect orgasm. Examples of this include genital cutting, abusive relationships, and rape or incest. Sociocultural beliefs about sex and acceptable sexual behaviors and practices can also play a role. For instance, some religious faiths hold female orgasm as sacred while others may view women simply as a vehicle for male pleasure.

Because orgasm involves both a physical and psychological response, many underlying health issues can also make it more difficult for a woman to orgasm. High blood pressure and diabetes negatively impact blood flow to the genitals, which can, in turn, make orgasm challenging. Hormonal changes that occur with some forms of birth control or menopause can alter libido or lubrication thereby inhibiting orgasm. Certain anti-depressants are notorious for hindering the ability to climax. Women who experience pain with sex may also find achieving orgasm impossible. Even surgeries like hysterectomy, labiaplasty, and midurethral slings placed for incontinence can interfere with or sometimes render a woman incapable of achieving orgasm.

Women with a condition called anorgasmia cannot orgasm at all. This can be a lifelong condition or something that occurs later in life. It is estimated that up to 10-15% of women experience anorgasmia. Still, other women (and men) can suffer from a condition known as pleasure dissociative orgasmic disorder (PDOD). People with PDOD experience the physical effects of orgasm but not the associated pleasure. Both of these examples can be caused by a combination of psychological and physical issues. 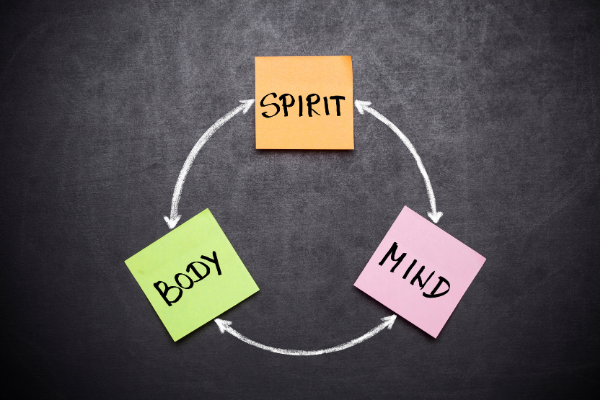 How someone defines good sex can vary from woman to woman. Some women derive sexual pleasure from pleasing their partner. For one person, clitoral stimulation may be a must. For another, vaginal intercourse might do the trick. For someone else, oral sex could be the sexual activity that gets them to orgasm. Good sex may involve a spiritual connection, emotional intimacy, or pleasurable touch without necessarily resulting in orgasm. Sexual satisfaction can take many forms.

Myth #5: Most Women Can Have Multiple Orgasms

While it is true that the refractory time for women is often shorter than men thereby making multiple orgasms easier, it is false to assume that this occurs in a majority of women. Research on orgasms suggests that only about 15% of women are multi-orgasmic. So if you’re a one-and-done kind of person, don’t feel bad. A majority of women are just like you. 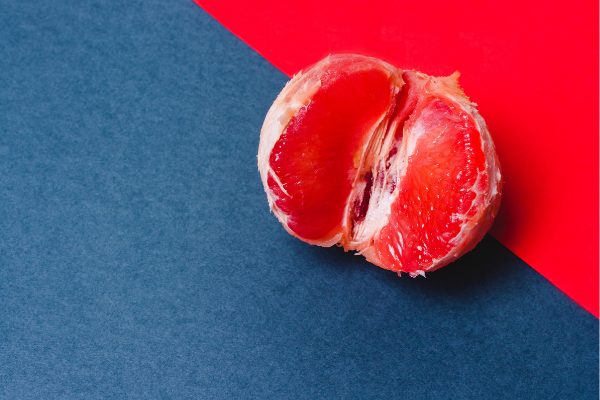 Myth #6: Women Cannot Do Anything to Improve Their Orgasm

As we’ve already discussed, orgasm is a careful interplay between multiple psychological and physical factors. Women looking to improve or enhance their orgasm should consider focusing on modifiable factors known to influence the sexual experience. Some studies have highlighted these, which include increasing physical activity (exercise) and improving access to sex education.[3] Women who receive daily affection from and/or have intimate communication with a partner tend to have better sexual function as do women with a positive body image. Improving or seeking out these may then help a woman enhance her orgasmic function.