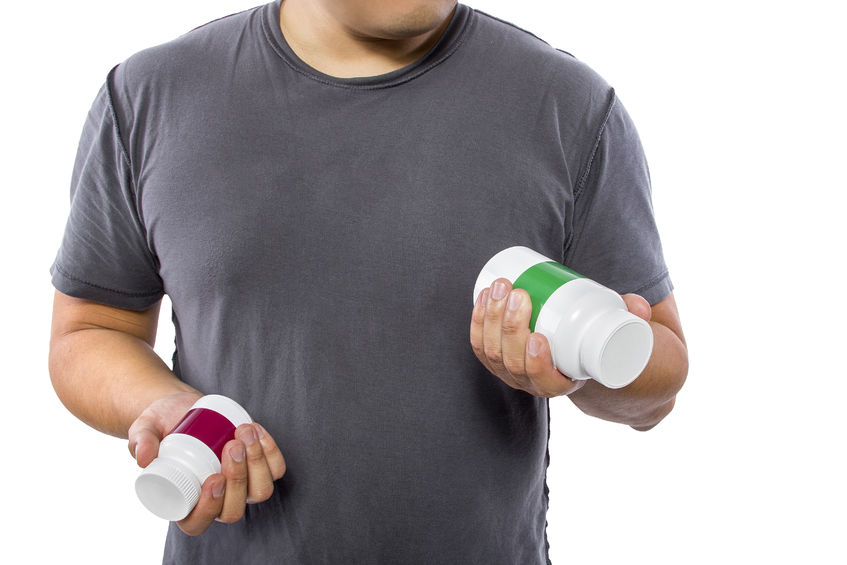 Brands these days lack originality. It’s frustrating to see “me too” products all over the place and now more recently we are seeing more and more brands copying the actual “look” of the package from a competitor, not just their profile. This is causing lawsuits to pop up left and right in an effort to protect brands.

Why people blatantly use the same packaging, same look, same ingredients, and almost the same logo is beyond me. Do they not understand infringement laws and that they are going to get their butt handed to them from lawsuits?

A recently released energy drink called Up Energy Drink made by YouTuber, Christian Guzman, is being sued by not one, but two different brands for using their likeness, and when I say likeness, I mean they look almost exactly identical and the names are practically the same. If you took the Up Energy Drink and put it side by side to the Uptime Sports Nutrition Inc. energy drink, you’d basically think they were the same drink. Christian was a huge fan of Monster Energy drinks, and pretty much ripped off the entire ingredient list from their Monster Ultra (white can). Both the Up Energy Drink and Uptime Sports Nutrition Inc. bottles are the same shape, same size, both white, and logos look similar. You’d think he would be smarter than to copy another brand’s image considering he also has his own clothing line (which just so happens to look like others on the market too). See a theme?

The two brands suing Up Energy Drink are Uptime Sports Nutrition Inc. and Uptime Energy Inc. Honestly, I don’t think Up Energy Drink is going to come out of this lawsuit as happy campers. In fact, they better have a ton of money in the bank so they can pay off all the damages these two brands are asking for. According to information I found on Stack3d.com, the two brands are seeking “monetary relief, actual damages, profits, punitive damages, enhanced damages, interest, all legal fees and any other relief as the court deems just.” I’m just saying, but Mr. Guzman is screwed.

Aren’t these bars the same? Nope.

Shifting from the drink side of the industry to the bar, there is now a lawsuit going on between LARABAR and a new brand called RAW-BITE. Obviously, LARABAR is manufactured by industry giant, General Mills—not someone who you’d want to kick sand at in the sandbox. When looking at the two bars, RAW-BITE clearly has the same packaging, the same look, the same looking logo with the name in capital letters surrounded by a rectangular border, slogan under the name, and specified flavor under that.

The lawsuit even claims that RAW-BITE is copying LARABAR’s social media posts with the same look and feel. Clearly General Mills wants this to end, and end quickly since they are both trying to fight in the same space on shelves and their bar can easily be mistaken for the RAW-BITE bar.

Is the juice worth the squeeze?

If you’ve followed the supplement industry for any amount of time, you’d know there have been many lawsuits similar to the above with pills, powders, capsules—just about everything you can imagine. I’m all for competition in the marketplace, but this constant copycat mentality only makes those creating a duplicate produce look dumb. Whether they claim stupidity or clearly don’t know their competition and players in the space, it’s just bad form.

I might be on the outside looking in with this, but I believe we need more innovation in the industry. Everyone is coming out with products that are selling well from other brands. This oversaturates the market and the brand copying only ends up stealing a very small percentage of market share, and eventually months or years down the road go out of business or discontinues the product. That’s the lifecycle it seems. Why not do your homework, research, and launch something innovative and be first the market? Seems like a good idea if there’s a demand for such a product, right?

Am I the only person who thinks this way? Take a problem that there is no solution for, and fix it. That’s how you make REAL money and create value. This copycat nonsense isn’t helping anyone. You’re simply trying to get rich off someone else’s success—which won’t happen.