Not Sure of Your Sexual Orientation? You’re Not Alone. 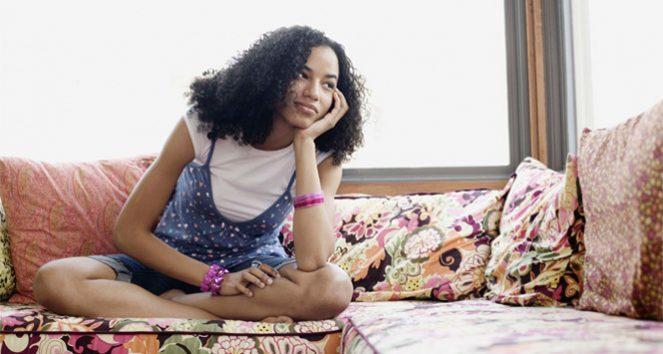 Not Sure of Your Sexual Orientation? You’re Not Alone.

I was so happy to celebrate my first Pride Month a few months ago in June! When I went to PrideFest in New York City with some friends, it was a lot of fun, and amazing to see so many people come together to celebrate who we are.

I say “first” because this year, I felt ready to come out as bisexual to everyone in my life. Many people who are important to me—including my immediate family and close friends—had known for almost two years, but I hadn’t felt ready to share this part of me with others until recently.

This got me thinking. What if you’re certain that you aren’t heterosexual but aren’t sure exactly how you do identify? If you feel this way, know that there are others who can relate. I too used to be unsure.

Turns out that not being sure how you identify on the sexual orientation spectrum is totally normal. It’s something that many of my friends are struggling with. For example, Natasha, 19, of Syracuse, NY, says that she is “bi(sexual) or pan(sexual).” Like me, she knows that she’s not heterosexual, but isn’t sure exactly how she does identify. When someone identifies as bisexual, by the way, that means that they are romantically, emotionally and/or sexually attracted to more than one gender. And being pansexual is when someone is emotionally, romantically and/or sexually attracted to someone regardless of their gender identity. This can include people who identify as genderqueer, transgender and nonbinary.

The process of figuring out how to identify differs depending on the person. There’s not one “right” way to do it! But there can be pressure to “choose” something. Like I said, sexual orientation exists on a spectrum. It’s OK to take time to figure it out.

If you’re questioning your sexual identity, the best advice I can give is to talk about it with people you trust. Verbalizing how you feel is huge. For me, confiding in my sister and closest friends has been the most comfortable and helpful thing to do.

Questioning your sexual orientation can feel lonely. “More recently it’s felt really good to see that there are people like me who don’t know how to identify,” says Tate, 19, of Boston. “It feels like I’m not alone and it makes me really happy. When I was questioning and didn’t know, it made me go into a sort of panic feeling like I had to figure out my sexual orientation.”

For people who are unsure, Pride Month—or anytime, really—can feel hard in some ways.
There’s tons of social media regarding coming out. I’ve seen videos and pictures on TikTok and Instagram; seeing these makes me happy because it means these people feel ready and are brave enough to share who they are.

But while these posts can be positive, they can also inadvertently cause pressure for someone to figure out how they identify. Seeing multiple coming-out posts in a row can feel stressful when you’re unsure of your own sexual orientation. You may want a clear answer for yourself and feel frustrated if you don’t have it!

If you’re questioning or just figuring it out, know it’s OK to be unsure.

The Lure of Labels

Sometimes people feel that labeling their sexual orientation makes it easier for others to understand. In my experience, it seems as though some people in older generations understand what it means to be heterosexual, gay or lesbian, but not necessarily beyond those categories. For example, my parents have asked me questions about what it means to be bisexual versus pansexual. They’ve also asked me multiple questions about other sexual orientations. It’s good they’re asking and I’m happy to answer their questions the best I can.

Once someone knows how they identify, it can sometimes feel easier to “belong.” “Labeling myself as bisexual has made me feel part of something bigger,” says Kate, 15, of South Orange, NJ.

But it’s also perfectly fine if you don’t want to attach to a label. You’ll still “belong!” You can dress how you want to, like who you want to and be yourself without it. You should only label yourself if that’s the right decision for you.

Vaginal Odors? What To Make of Them
Lose Half a Kilo Per Week Walking for Weight Loss