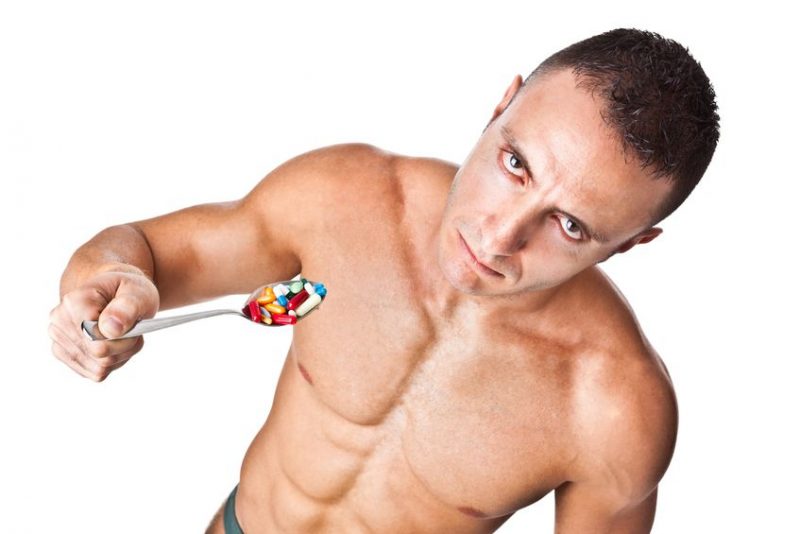 The news we all have been accustomed to hearing is that a professional athlete tested positive for a banned substance (PED) and puts the blame on the supplement industry that a product they were taking “must have been tainted and caused a false positive.” We all know the narrative. However, it appears one athlete in particular is clearing the industry of wrongdoing and touting all the good it has done for her and how she believes supplements have helped not only her health, but her performance on the pitch.

Or rather… GOAL! U.S. Women’s Soccer defender, Christie Pearce, is back playing defense, only this time for the rights of supplements and their use for the American people. As if her 311 appearances on the US Soccer Team and three-time Olympic gold medalist credentials weren’t enough, this time she decided to stand before lawmakers and staffers, explaining her position on supplements.

She, herself, has been a longtime supplement user and told the group on Capitol Hill, “One thing I’m always focusing on is my fitness. If it weren’t for the proper supplements, I don’t know if my level of play would be where it is today.” With the use of recovery products such as protein powder, BCAAs, and other products found on the shelves of supplements stores, we all understand the benefits these products play in our success. However, many of those trying to enforce laws and change policies when it comes to the supplement industry, themselves, don’t exercise or have ever taken a supplement in their life. That’s like someone who has never played soccer in their life, trying to change how the game of soccer is played when they themselves don’t understand what they are talking about.

During her time on the National Team as well as on the Sky Blue FC (New Jersey) team, she mentioned how difficult it was to maintain a schedule due to the rigorous demands of playing. She was constantly training, on the road traveling, in and out of hotels, practicing, and playing in matches. Pearce mentioned that she did her best to maintain a healthy and nutritious diet, but it was never enough to meet the demands she put on her body as a professional athlete.

For Pearce, preparing her body for the stress put on it playing at such a high level, she began asking questions and doing her own homework to see if there was something out there that would give her that little extra competitive edge and help her recover faster. She mentioned, “I began looking to trusted sources of information, such as team nutritionists, and took a good look at product labels. As I transitioned from college playing to the national team, I realized that the foods I was eating were not enough. The right supplements give you something extra. They helped me prepare for each training session and game.”

You and I have known all of this for quite some time. However, the media likes to fabricate stories to suit their agendas and vilify the supplement industry. Why? In my opinion, it comes down to pressure from the pharmaceutical industry. If big pharma could be losing money due to a supplement being on the market that steps on their toes, they are going to try foul. They will complain to lawmakers, and try to get certain products banned or at least regulated. Do they win? Sometimes. But, the main thing is, we need to keep fighting the good fight. We can’t sit back and allow others to dictate our rights and freedoms when it comes to supplements. Especially when they have very little knowledge on the subject other than what our adversaries are telling them and the lies being told.

Those in attendance on Capitol Hill seemed to understand Pearce’s message to them from what we learned, and that supplements are necessary to help improve health and fitness levels. Improved performance in a sport can also be attained through the help of supplements.

It’s a breath of fresh air to see respectable athletes coming forth and presenting their case for the positioning of supplements in the market. Others, such as Dick Butkus and Larry Fitzgerald have also done the same and stood in front of a group on Capitol Hill supporting the use of supplements. We need to keep doing our part and educating the masses on all the good that comes from supplements so they have a better understanding of what can be accomplished from utilizing them. People are afraid of the unknown and of what they are unsure about. Worse yet, they are afraid of things that others TELL THEM they should be weary and afraid of. The only way we can turn the corner is through proper educating.