Transgender Men Can Get Pregnant, Too 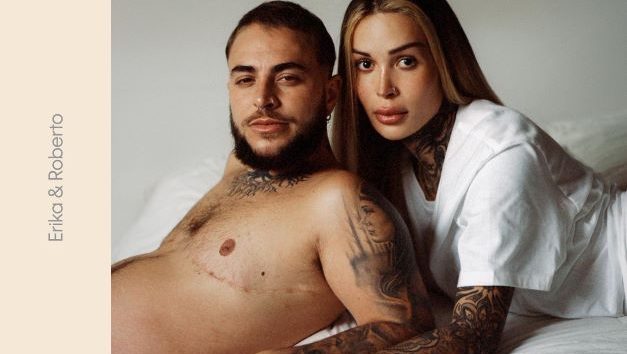 Transgender Men Can Get Pregnant, Too

Last Mother’s Day, apparel brand Calvin Klein posted pictures of different parents and families on Instagram to celebrate “women and mothers all over the world” and highlight “the realities of new families.” The couple that got the most attention, however—Brazilians Erika Fernandes and Roberto Bete—are transgender; at the time of the photo, Roberto—a transgender man—was pregnant with their son.

The intention of this advertisement was to promote inclusivity and support all kinds of parenthood, even if it deviates from what has traditionally been seen.

It’s important to think about and see different kinds of parents and families. It’s not only cisgender women who are able to reproduce and become pregnant. Trans men, like Roberto, can also be a part of this group. Though they may look different from what some people are used to, they are valid. Increased visibility makes a difference in acceptance and access to resources like health care.

Backlash Against the Company

Calvin Klein received a lot of backlash for the ad. Many of the comments on their post were from people saying that they were “canceling” the company. The brand stood its ground against the transphobia and reiterated its commitment to inclusivity, releasing the following statement: “We embrace this platform as an inclusive and respectful environment for individualism and self-expression. At Calvin Klein, we tolerate everything except intolerance—any intolerant commentary will be removed, and any accounts issuing hateful statements may be blocked.”

The Importance of Inclusivity

Inclusivity and visibility are super important ways to increase acceptance of anyone who identifies as LGBTQ+. A pregnant person could be a cisgender woman or someone who does not identify as a woman. All that should matter is that a parent or caregiver loves, looks after and supports their child. In the advertisement, the couple says, “We can reproduce biologically or from the heart…our place is to love and be loved.” We should be expanding our knowledge of what could be instead of what we may think should not be.

I urge people to open their minds to family dynamics that they may not be used to. Having a large, well-known company include different types of families and parents in their campaign is a great way to visibly demonstrate inclusion and representation.