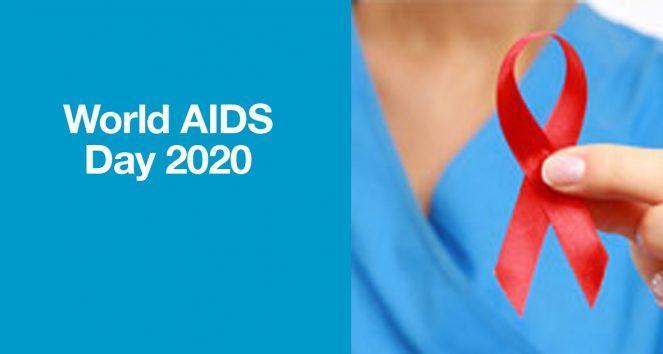 World AIDS Day has been recognized every year on December 1st since 1988. This day is a time to remember lives lost to acquired immunodeficiency syndrome (AIDS) and provide support for those living with human immunodeficiency virus (HIV)/AIDS. It’s also a day to join together to end the global HIV/AIDS epidemic. Recent developments in HIV prevention and treatment have made it possible to slow the spread of HIV, and have enabled those with HIV to live longer lives. However, to continue to combat the disease, it’s crucial to know the facts about HIV/AIDS and challenge stigma around things like getting tested.

In honor of World AIDS Day, here are some important things to know about HIV/AIDS.

Having HIV Does Not Define a Person

HIV attacks a person’s immune system. If it’s not treated, it can lead to AIDS, which is now also known as stage three HIV. While treatment can prevent or slow progression to AIDS, HIV is still a chronic illness. However, being diagnosed with HIV no longer prevents someone from having an otherwise healthy, normal life. People who are HIV-positive can still have relationships and families if they want. Medication known as antiretroviral treatment can help prevent HIV from ever progressing to a severe stage three HIV infection or AIDS. Antiretroviral medications, when used consistently and correctly, can help reduce the amount of HIV in a person’s body so that it is undetectable and not transmittable during sexual behaviors. There are health care centers that offer testing and treatment—sometimes at low or no cost.

HIV Can Happen to Anyone

When HIV/AIDS was first identified in the United States several decades ago, it was briefly considered something that only gay men could get and was even called “gay-related immune deficiency” or GRID. This is false. Men who have sex with men (who may or may not identify as gay or bisexual) are still most at risk for HIV infection, but anyone, no matter their sexual orientation, can get HIV.

According to HIV.gov, about 1.2 million people in the United States are living with HIV, but about one in seven of them don’t know it. HIV is not a punishment, as some people have wrongly believed, it is a virus that can be spread via blood, semen, pre-cum, rectal or vaginal fluids and breast milk. Anyone can get it, so we should all be aware of prevention strategies like safer sex.

We All Have a Stake in Preventing HIV

Speaking of prevention, there are steps anyone can take to help overcome HIV/AIDS.

First, get tested for sexually transmitted diseases (STDs), including HIV. Getting tested is vital, as early detection can lead to treatment, which can help a person lead a healthy life and prevent someone who is HIV-positive from ever developing AIDS.

Second, talk to your partner about getting tested. Additionally, asking friends and family whether they have gotten tested can also start conversations about HIV/AIDS. This can help raise awareness, battle stigma and challenge myths and misconceptions.

This December 1st the best way to increase awareness and knowledge of HIV and to speak out against HIV stigma is to be willing to actually talk about it. Together we can challenge stigma around HIV/AIDS, which means more people receive the testing and treatment they need and deserve.

What It Is and How to Help
2021 Sexual Health and Wellness Predictions, According to Experts