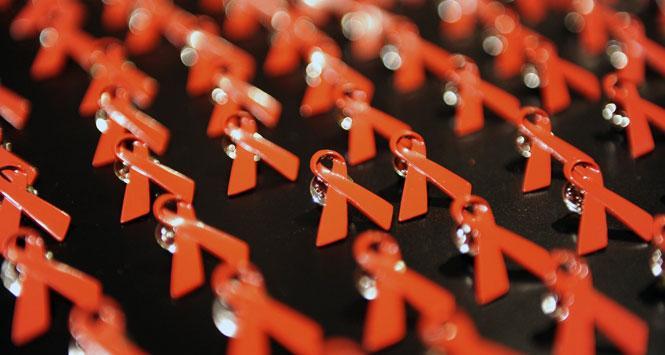 Each year on December 1st, millions of people observe World AIDS Day. A day to honor those lost to acquired immunodeficiency syndrome, or AIDS, it’s also a chance to remember the history of human immunodeficiency virus (HIV) and AIDS as well as reflect on the importance of HIV/AIDS awareness and treatment looking forward.

In honor of World AIDS Day, let’s take a look together at some important information about HIV/AIDS!

HIV damages the immune system’s ability to fight disease. There are lots of misconceptions about how HIV is contracted, so let me clear up any confusion. It’s spread through bodily fluids like semen, precum, rectal and vaginal fluids, breast milk and blood. It is not spread through saliva or urine. There are three stages of HIV: Stage 1 (acute HIV infection), Stage 2 (Chronic HIV Infection) and Stage 3 (AIDS). However, these days many people who are HIV positive never advance to Stage 3 (more on that below).

Today, an estimated 37.7 million people worldwide live with HIV. Luckily, great progress has been made to improve treatment for people who are HIV-positive and to help prevent HIV for those who are most at risk. In recent years, new preventative treatments like pre-exposure prophylaxis (PrEP) and post-exposure prophylaxis (PEP) lower people’s chances of contracting HIV before or after an exposure and medication like antiretroviral therapy (ART) reduces the risk that HIV poses to patients’ health.

In 2017, the Centers for Disease Control and Prevention declared that when treatments reduce the amount of virus in an HIV-positive person’s blood to where it is undetectable during a standard blood test, that person is unable to transmit HIV to a partner during sex. This discovery, sometimes referred to as U=U (Undetectable = Untransmittable) was an amazing step forward for TasP (Treatment as Prevention), which aims to limit the transmission of HIV/AIDS by treating infected individuals.

Still Work to Be Done

Inspired by activist groups that originated during the initial AIDS crisis—like the AIDS Coalition to Unleash Power (ACT UP)—modern advocates like the Joint United Nations Programme on HIV/AIDS (UNAIDS) aim to increase awareness and reduce stigma when it comes to HIV/AIDS.

Today, I encourage you to reflect on the history behind HIV/AIDS and how we can help shape a future rid of them. If you get the chance, share accurate information about HIV/AIDS and help fight stigma. Read about HIV/AIDS activism and tell your friends and family what you’ve learned. Remember to practice safer sex by using condoms and dental dams, and encourage others to practice safer sex, too. And, if you are sexually active, make sure you’re getting tested regularly!

Together, we can continue to make great strides in the fight against HIV/AIDS!

Looking for a place to get tested for HIV? Check out our clinic finder!