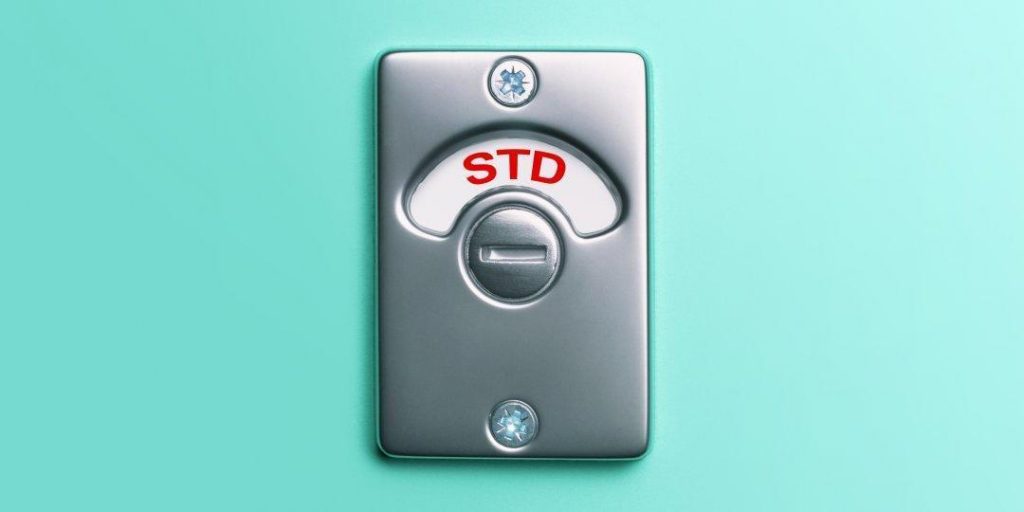 Sexually transmitted infections are a unique kind of infection — at least, in terms of how we think of them.

STIs (often referred to as sexually transmitted diseases or STDs), despite not being fundamentally different than catching a cold from shaking someone’s hand, get a very bad rap. People stigmatize both the diseases and the people who catch, carry and spread them, and often associate them with forms of sex that they disapprove of — like promiscuity, sex work, or queer sex — rather than the much more banal reality.

The truth is, many infections are transmitted in very prosaic circumstances, between people not doing anything particularly out of the ordinary. Disease transmission doesn’t only occur between people at the margins of society, and being young and otherwise healthy won’t protect you from contracting a sexually transmitted infection if you’re not being smart about your safer sex practices.

RELATED: Choosing the Best Condom for You

So what’s the best way to stay informed about STDs, STIs, and everything in between? Here are four tips to keep in mind:

What to Know About STDs (and How to Avoid Catching Them)

1. Things to Know About Condom Use in Preventing STIs

Condoms being highly effective against preventing STI transmission is not just an urban legend. Besides abstinence, using a single, properly applied condom for the entire duration of each session of intercourse is the best bet you have when it comes to not catching an infection. But there are lots of things guys still don’t know about condoms.

For starters, not all condoms are created equal. If you’ve been avoiding them due to a few underwhelming experiences, well, it might be time to re-think that strategy.

“If your condom doesn’t feel good on you, it’s not that condoms are awful,” says Kayla Lords, sexpert for JackandJillAdult.com. Instead, she says, you might just not have found the right condom for you yet. “Condoms come in such a wide variety that you can look for ultra-thin, condoms that add sensation, condoms with texture, and dozens of other styles to find something that feels good,” she adds. “Not liking the feeling of a condom is no longer a good excuse. There are literally too many options out there.”

Of course, beyond just size, thinness and other aesthetic factors, there’s also the question of material — which can be an incredibly important one.

“Not all condom materials are compatible with every partner’s body,” says sex educator Janell Ariela, B.A. “It is very common when folks experience irritations, rashes or some type of reaction due to condoms. Certain condoms may also have lubricant that can cause an allergic reaction. It is best to check in with partners to see which condoms or condom materials best mesh well with their body.”

2. Things to Know About Preventing STIs in Other Ways

Of course, STI prevention doesn’t begin and end with putting a condom on during penetrative sex.

“If you are sexually active, there will always be risks,” says Ariela. “That is why sex educators call it ‘safer sex’ rather than ‘safe sex’ because there is no ‘safe’ sex. We can only try to reduce risks so we can make it safer for you.”

According to Ariela, one of the most important points when it comes to being safe has nothing to do with what you actually do in bed. In reality, what you do at the doctor’s office matters most.

“Unless you decide to become abstinent, transparency is key,” she says. “Getting tested and being honest with your status can impact STI transmission.”

Getting checked regularly and being able to tell your partner that you’re infection-free — or that you are carrying something — can be a huge factor in the safer sex practices the two of you undertake, and as a result, in potential transmission.

Of course, apart from condoms, there’s also pre-exposure prophylaxis, or PrEP: a medication you can take daily that can help protect you from contracting HIV. It’s important to note that even if you’re prescribed to something like PrEP, you’re not immune from contracting various other STIs.

RELATED: Here’s What It’s Like to Realize You Have an STI

“Pre-exposure prophylaxis doesn’t protect you from other STIs,” notes Ariela. “It’s important to inspect the side-effects of PrEP and other drug-based approaches and to be honest with your doctor or nurse to figure out if they will work well with your body.”

As well, because it’s a relatively new drug, you might not be able to get your hands on it easily. “There are medical institutions that aren’t educated on PrEP and won’t authorize it to you because they lack that education,” she adds, which is why it’s best to keep yourself educated on all preventative options out there.

3. High-Risk Behaviors You Should Stay Away From

Far from the image of a seedy brothel as the site of most sexually transmitted infections, often people catch STIs simply because the person they’re with seems like someone who doesn’t have any.

“Many times we trust a person based on their appearance, how long we have known them and many other reasons,” says Ariela. “This […] thinking usually associates [an image of trustworthiness] with being free of STIs, which leads to not using condoms.”

Another high-risk behavior when it comes to STIs, according to Ariela, is alcohol or recreational drugs. “Substance abuse can hinder your ability to make sensible decisions, which usually makes you more ready to take part in risky behaviors” she says. Lords, meanwhile, says that pressuring your partner into agreeing to unprotected sex isn’t just a jerk move — it’s also a great way for STI transmission to occur.

“Teasing your partner’s body with ‘just the tip’ isn’t cool,” she explains. “If they’ve asked you to wear a condom, and you’re making them wait or doing the ‘baby, baby, it’s OK, it’s just the tip,’ then you’re violating consent, and potentially putting both of you at risk. Full penetration isn’t the only way that STIs can be passed from one partner to the other.”

Another important factor is your approach to oral sex. Think you’re off the hook from contracting STIs by sticking to oral? Well, think again.

“Some men do not link oral sex with STIs,” notes Ariela. “There is this mindset that if they receive oral sex and not have intercourse, they will be fine.”

Mackenzie Riel of TooTimid.com agrees that unprotected sex can be an avenue where men let down their guard when it comes to safer sex. “Oral sex is also another common form of STI transmission,” she says. “Some STIs that are specifically oral illnesses [and] can be transferred through oral sex via mouth to genitals. This can happen if an individual were to perform oral sex on a partner that has an STI in/on their genitals.”

If that’s not concerning enough,  “many forms of STIs are actually even more painful when experienced orally,” adds Riel. Meaning, if you’re not sure of your partner’s STI status (or your own), the smart choice is to either forgo oral sex entirely, or to practice it with either a condom or dental dam, depending on the situation.

And finally, if you weren’t certain … no, the human body isn’t the only place you can catch an STI. Items you may incorporate into sexual play could carry diseases that could be easily transferred to either person involved with their use.“Using sex toys that your partner hasn’t cleaned,” says Riel, is also a potential way to get an infection. “When using sex toys during sex, you should always either be the first one to use it, or make sure it’s thoroughly cleaned as they can easily hold onto harmful bacteria.”

4. What to Do If You’re Concerned You Have an STI

If you do engage in unprotected sex and are concerned that you might have contracted something, it can be a scary experience. The first thing you should do is get tested to be sure of your STI status — whether at a health clinic, a hospital or a doctor’s office.

“Make an appointment and get tested as soon as you’re able to,” says Riel. “It can be a scary and overwhelming experience for anyone, but what matters is getting a proper diagnoses so you can start treatment if there is an issue. If you can’t do that immediately, try to clean the area where you may be infected as well as possible. The area may be sensitive or itchy, so be mindful and gentle of it as you clean it.”

If the idea of making that happen seems overwhelming, it might benefit you to reach out to someone you can trust, as they’ll be able to help you in the process.

When you get the results back, don’t keep them a secret — especially if they show you have an STI. That means telling recent partners who may have contracted an infection from you (or from whom you may have contracted it), as well as future partners.

“Share those test results with your partners,” says Lords. “Just like you should discuss what you like and don’t like with a partner and what kind of STI and/or pregnancy prevention methods you’re going to use, you also need to talk about your STI status, too. It’s all part of making sure both of you can give enthusiastic and informed consent to the sex you’re about to experience together. You can use at-home testing kits, too, which means there’s no real excuse not to know your STI status.”

RELATED: STIs That Show on Your Face

Thanks to advancements in medicine, treatments exist for many STIs, and even serious ones are no longer the death sentence they once were. As well, online communities and dating sites specifically for people with STIs can help de-stigmatize them and make living with one less unpleasant than it once was.

At the end of the day, a commitment to making choices focused on your sexual health and a willingness to get tested regularly (and let’s not forget transparency about the results of those tests), you’ll significantly reduce the likelihood of contracting an unpleasant infection in the first place.

Have fun, but be smart, too.